The Elliot Family has been involved in the automotive business since 1920, when A.O. "Sandy" Elliot began selling cars for Stonehouse Brothers Ford in Petrolia. Today a third generation Elliot is running the family business. John Elliot, grandson of A.O. Elliot and son of H.J. "Sandy" Elliot, owns and operates Honda House in Chatham Ontario.

Over the 95 years the Elliots have been associated with the car business, they have storied careers. In 1920 A.O. Elliot won $100 from Ford Motor Company for selling the most cars in Canada during the week of January 19 to 24 at Stonehouse. The same year H.J. Elliot was born. The eldest Elliot opened his first Ford dealership in Lambeth in 1927 and remained there until 1929 when he sold it and moved to Exeter to open Sandy Elliot Ford.

In 1947, Sandy Elliot moved to Wallaceburg to open a Mercury dealership. Two years later Sandy moved the Mercury dealership to Chatham on Richmond Street. In the 1960`s Sandy Elliot Motors became well known across North America when Sandy Elliot`s Poole prepared Race Cars driven by John Elliot and Barrie Poole set numerous National Records and won Numerous Regional and National Titles. The Race Car Stripe Paint became the recognized Logo for the Race Team as well as today`s Honda House Logo. Sandy Elliot was named as Super Stock Crew Chief on Car Craft Magazine's All Star Drag Racing Team in 1970. The Team was inducted into the Chatham Sports Hall of Fame as well as the Candian Motor Sports Hall of Fame. The New Canadian Drag Racing Hall of Fame was built in 2015 near Montreal. The Team was inducted in September 2015. A limited Edition Die Cast of the Sandy Elliot Car was produced which has become a collector's item today.

Sandy Elliot bought his first Honda, a Honda 50 Mini Bike to use in the Pits at the Race Track in 1968. 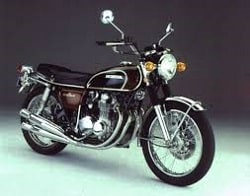 In 1972 Sandy sold the Mercury dealership to General Manager Jack Stowe after a 25 Year relationship with Mercury Lincoln. The Elliot Dealership was Canada's Oldest Established Mercury Dealer at that time.

In 1972, Sandy and his son John opened the Sandy Elliot Performance Centre, a recreation vehicle, boat, motorcycle and snowmobile dealership, which was located at their present location. One year the Centre was awarded the title as Canada's Largest Volume Artic Cat Snowmobile Dealership. John Elliot was happy to add Honda motorcycles in 1976. From 1977 until 1984, the Dealership was one of Ontario's Largest Volume Honda Motorcycle Dealers.

In 1977, the Elliot's were granted the Honda Automotive franchise. 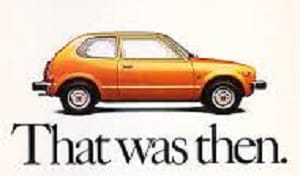 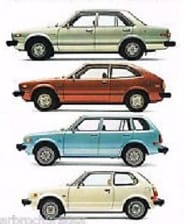 They decided to concentrate on Honda products and changed the name to Honda House. They sold Honda Automobiles, Honda Motorcycles and Honda Power Products from 1977 until 1984. Sandy and John decided to concentrate on Honda Automobiles in 1985 moving forward. Honda House has sold all generations of the Honda Civic (the 10th Generation Civic is coming this fall) and Accord. The Elliots were extremely happy when Honda started manufacturing Automobiles in Ontario in 1986. Today the majority of Honda Civics and Honda CRVs are Made in Ontario.

John Elliot became president of Honda House in 1988 when Sandy Elliot semi retired. Sadly, Sandy passed away on February 14 2015 at the age of 94 years. He is missed. 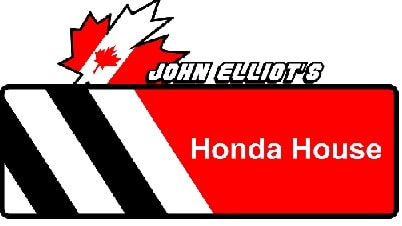 Honda House is a three time Total Quality Dealer winner as well as being recognized numerous times for Customer Satisfaction.

John Elliot is entering his 39th Year with Honda.

John Elliot is now 66 years old. Instead of slowing down he has decided to expand his dealership and expects Honda House to experience growth over the next decade. John has even returned to the Race Track with his Honda S2000CR prepared for Road Racing. 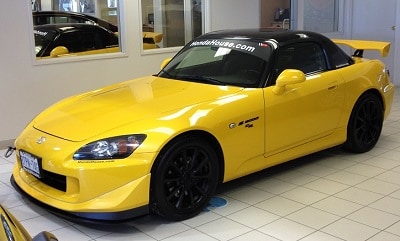